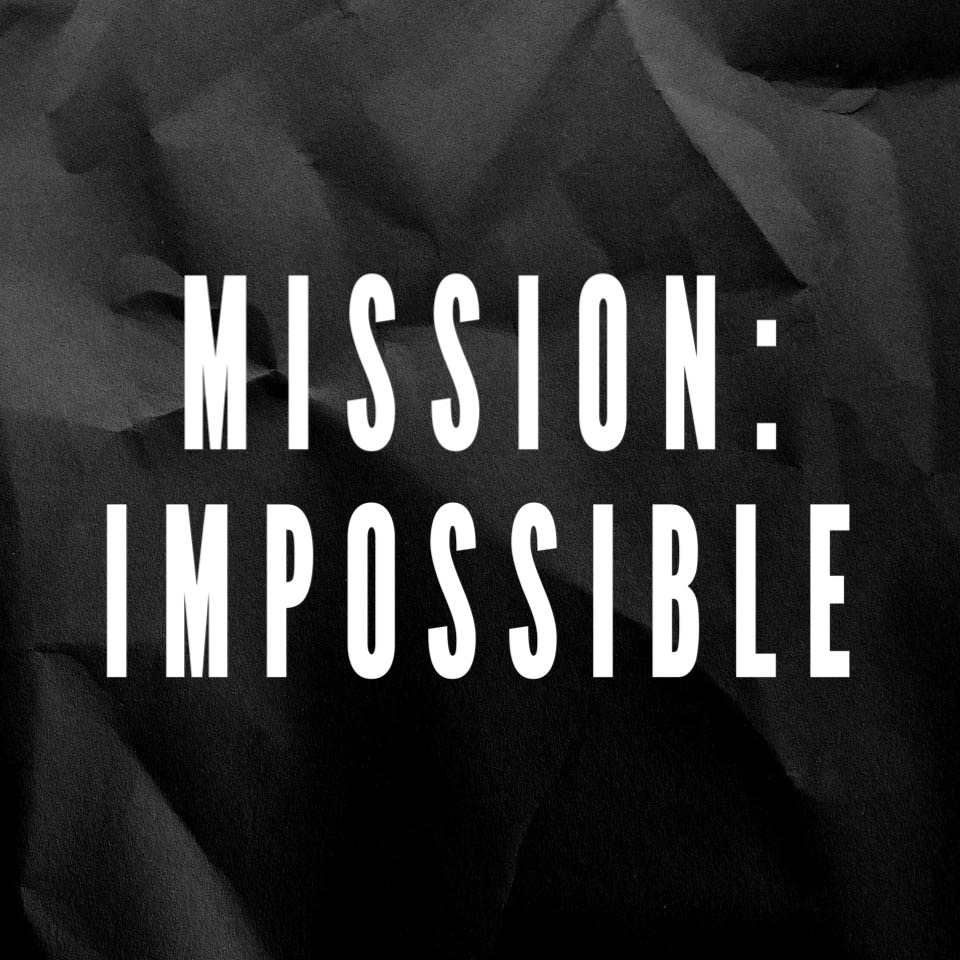 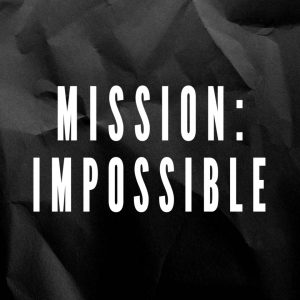 Genesis 18:11-12 says, “Abraham and Sarah were old and getting on in years.  Sarah had passed the age of childbearing.  So she laughed to herself: ‘After I have become shriveled up and my lord is old, will I have delight?’

Sarah was reacting to a word from the Lord who said to Abraham, “I will certainly come back to you in about a year’s time, and your wife Sarah will have a son.” (v. 10) The Bible says that Sarah laughed at God’s word.  She laughed because God’s word was absurd and impossible for her to imagine happening. God’s response to her laugh was, “Is anything impossible for the Lord?”

God let all of Abraham’s natural ability completely abate so He could show Himself strong.  God often waits until we hit the place of impossibility before He shows up and does what is humanly impossible.

One evening a group of us went to the home of a young family who had a child with a brain tumor.  We huddled around that child and prayed.  The next time that boy was taken to the doctor they could find no trace of the cancerous tumor.  It was gone!  Impossible?  Yes, but not for God.

A family member had a punctured eardrum.  She was complaining of the discomfort so I went behind her and cupped her ears, commanding the eardrum to be restored.  She went to the doctor two days later (The same doctor that told her that her eardrum was punctured) and to his amazement the eardrum was healed.

I was in need of a new car.  My credit at the time was terrible and I had no money to purchase one.  One day I told the Lord that I needed a new car.  That was in November of 2011.  On December 5, 2012, the owners of the company I worked for handed me the keys to a brand-new Camry, along with a gas card.  It was impossible for me to buy a new car, but God moved in the hearts of two men to make what was impossible possible.

I had severe knee pain for a number of months.  It was getting hard to drive because of the way I had to bend it.  I was an usher in church and served with severe pain, almost to the point of tears.   I finally got tired of it and commanded my knee to heal.  I kept speaking to it and guess what?  My knee obeyed my voice and was healed!  Impossible?  For me, yes, but not for God.

There are reasons why all these impossible things were possible.  Yes, God performed them, but He needed cooperation.  God has committed Himself to partner with mankind and the way we partner with Him is by faith.  Every one of the incidences I mentioned above occurred because God is drawn to a person of faith.  He cooperates with our faith to do the impossible.

Time after time Jesus said to those He healed, “Your faith has made you well.”  Every miracle Jesus did involved faith.  Every miracle you do or experience will involve faith.  God takes pleasure in a person of faith and rewards him (Hebrews 11:6).

God delights in doing the impossible. I believe the Lord is seeking faith-filled people in impossible situations.  God is glorified when the impossible happens in the life of a person of faith.  People are awed and stand in wonder when they see and hear of healings and financial breakthroughs.  It gives us a chance to “show-off” our God!  I love it when I can tell people the impossible things that God has done!

What is your situation?  What is your impossible?  What do you need to be done for you?  Whatever it is, faith in God and in His Word is the answer.  God cannot resist a person of faith. He will act on that persons behalf 100% of the time.

You may ask, how do I get faith?  How can I build up my faith?  I have written articles on faith that will guide you in the faith-building process.  However, I will give you two clues:  God’s Word and the Holy Spirit.  The Bible says that faith comes by hearing God’s Word (Romans 10:17) and we build up our most holy faith praying in the Holy Spirit (Jude 20).  The Spirit and the Word are the keys to building up your faith, or more correctly stated, God’s faith in you (Mark 11:22).  I will add one more important thing that has helped me: The testimonies of others!  When I read or hear of what God has done for others I get encouraged knowing that what God has done for one person, He will do for all.  The Bible says that God doesn’t show favoritism (Acts 10:34).  Therefore, you can rest assured that God will do for YOU what He has done for others.  Your job is to understand the how and why.  How did their miracle happen and why?  The answer will pretty much be the same.  They heard the Word of God, meditated upon it and prayed the Word in the spirit until their miracle manifested.  They persisted and didn’t give up.

There are many cases where a prophetic word is spoken and a person could hear that word and believe it’s for them.  If they do they will receive their miracle.  Let me illustrate…

One day I was listening to Sid Roth.  At the end of his show, It’s Supernatural, he prophesied that if anyone had neck pain they would be healed.  I took that word and claimed it for ME because I was suffering from chronic neck pain.  Well, sure enough, I was healed and haven’t had any neck pain since!  I would encourage you to watch It’s Supernatural, for Sid Roth has a new guest every week who operates in the supernatural.  Just hearing their stories will build up your faith.  Who knows, maybe someone will prophecy concerning a need you have, whether it is healing or a financial breakthrough.

I pray that this article was encouraging.  If you liked it and would like to receive new posts automatically, please sign up for my free eBook: Health and Riches Restored.  Also, share this good news with others as well.  Until next time: “I decree rich blessings, healing and prosperity over your life!”