Repent for the Kingdom 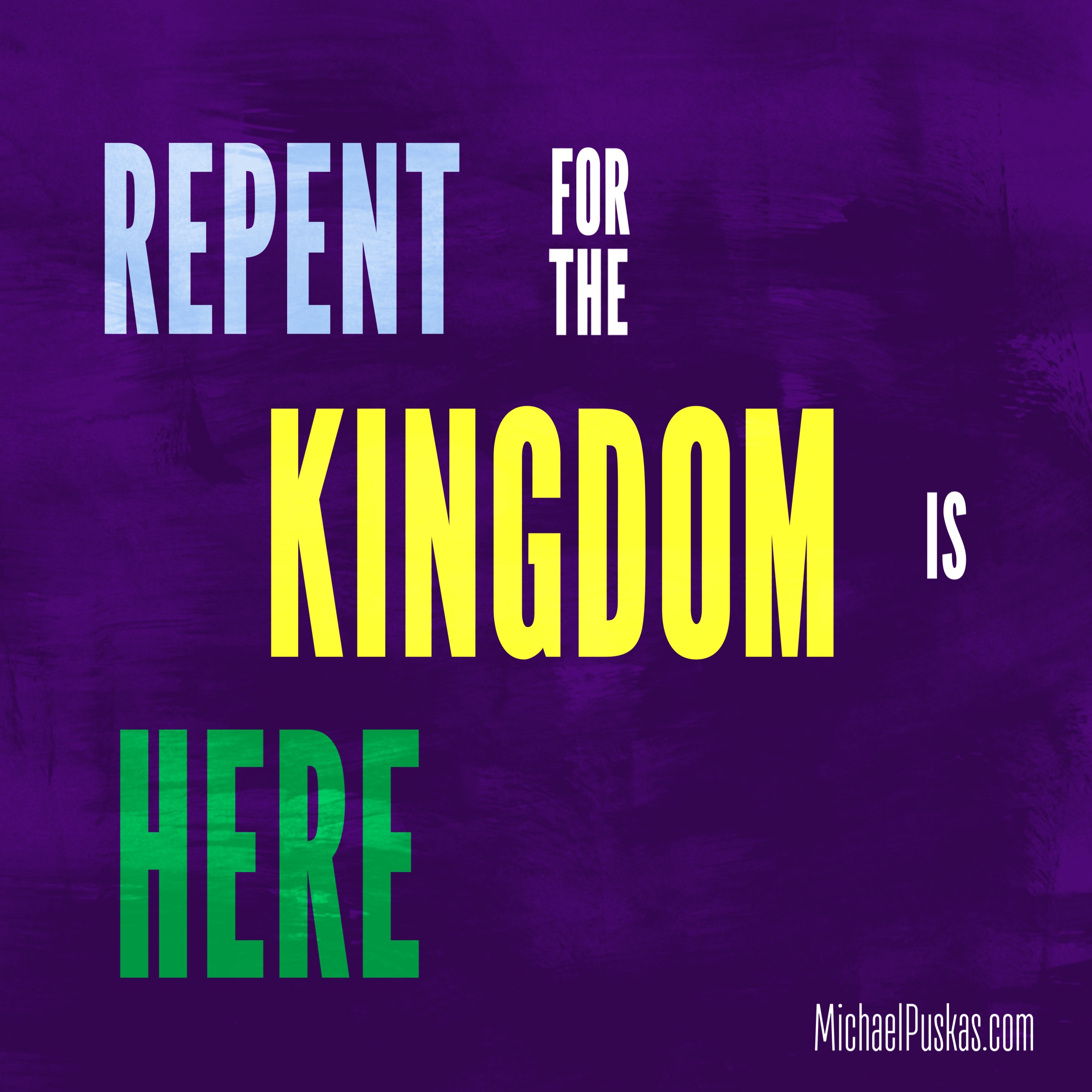 12 Feb Repent for the Kingdom 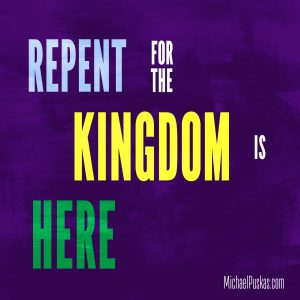 Change your mind for the kingdom is here

However, the kingdom is a BIG DEAL for the first thing out of the Jesus’ mouth after his trial in the wilderness was, “Repent because the kingdom of heaven (God) has come near.”  From that point on Jesus went from town to town preaching the GOOD NEWS about the kingdom of God and instructed his disciples to do the same.

The kingdom does have its reality and manifestation, and it is NOW!  What is the kingdom?  Simply stated, the kingdom is the king’s domain.  It is the sphere in which a king rules with authority.  A kingdom has laws that bring order, stability and peace.  A kingdom also has rights and privileges for its citizens to enjoy.

The kingdom of God is therefore the domain of King Jesus.  It is a sphere in which he rules and reigns with authority and power.  It’s also a sphere in which the citizens of God’s kingdom can enjoy all the rights and benefits of being part of the King’s rich kingdom.  Therefore, wherever Jesus is, so is his kingdom.

The kingdom of God is NOW.  It exists today among those who place themselves under the authority of Jesus.  You can tell who kingdom subjects are.  They carry the same authority and power as their King.  They understand kingdom laws and use them to manifest the kingdom of heaven on earth.

In God’s kingdom there is NO sickness!  There is NO disease!  There is NO lack!  There is NO poverty!  There is NO painful toil and labor!  There is NO hate, anger, bitterness, unforgiveness, rebellion, etc.  Jesus demonstrated this everywhere he went.  EVERY person who approached him sick left healed!  When there was a lack of food, a boys lunch was supernaturally multiplied to meet the need of thousands!  When taxes needed to be paid, money was supernaturally supplied in the mouth of a fish!  When a fisherman and his partners fished all night and caught nothing, at the Kings command, they obeyed the simple instruction and caught multitudes of fish, so many, two boats about sank!  All of this demonstrated that the kingdom of God is NOW!

Today, what is lacking is kingdom reality and manifestation.  We have church, but no kingdom.  We have programs, but no kingdom.  We hear nice preaching, but little or no demonstration of kingdom power.  Our people are still sick and diseased.  Our people are still lacking the overflow of provision.  When compared to unbelievers, sadly God’s people are no different!   They both depend on the same system of survival.  They depend on doctors to get well as well as creditors, and relatives to survive this thing called life.  This is not God’s intended plan for his kingdom people!  God’s kingdom is NOW.  God’s kingdom is waiting for people to come and submit to its King and to be blessed by him to begin living the good life he promised to all his kingdom citizens.

How do we experience the kingdom of God?  First, we need to repent.  To repent means to change your mind.  We must be willing to change our mind and thus the way you do things.  God’s thoughts and ways are higher than ours and requires that our minds be renewed by His Word to match his way of thinking.  As we meditate on God’s Word we begin to understand and know his ways and come into alignment with his kingdom laws.  Once we do, the benefits (blessings) begin to flow!  What are some of these benefit-blessings?

DIVINE PROTECTION—God himself becomes a shield and fortress to project us as we go about our daily life (Psalm 91).

SUPERNATURAL PROVISION—When we open our heart to hear him, He will instruct us on what to do, where to go, and who to see regarding wealth creating businesses.  Through obedience to simple instructions, not only are our needs met, but we have more than enough to help meet the needs of others as well (Luke 5:1-11; 2 Corinthians 9).

HEALING—Part of the Covenant we have with God through Jesus is divine healing.  Jesus PAID for your healing when he was beaten and scourged with a bone tipped whip.  His wounds healed all of our sickness, disease, and pain (Isaiah 53:4-5; Matthew 8:16-17).

SATAN, DEMONS, AND EVIL SPIRITS DEFEATED—On the cross Jesus put an end to Satan’s power along with all his demonic forces.  Now we have authority over them!  We no longer have to acquiesce to their commands and fall prey to their torments.  Rather we send them packing and put them in fear of us (Colossians 2:15)!

The kingdom of God is alive and NOW!  I believe that if a person is living in lack, sickness, disease, oppression, or demonic torments, they are living there because they do not understand the kingdom of God along with its supernatural laws and magnificent benefits.  The kingdom of God IS the answer to overcome all negative things and live the good life.

There are so many benefits to being in the reality and manifestation of God’s kingdom.  It’s amazing and exciting!  To participate we must come to God’s word, understand it, and eventually know all that we possess as citizens of the kingdom of God.  This article is merely meant to whet your appetite and hopefully put a hunger in you to learn more.  I challenge you to get into the Bible and start studying this life altering truth for YOURS is the kingdom of God!