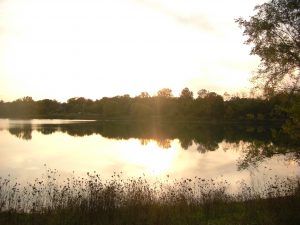 Faith is the most powerful source of creation in the universe.  It took faith to create the world and everything in it.  God spoke words of faith and what He said happened!  I once heard a preacher say that God doesn’t need faith.  That is absurd!  He created it and uses it all the time.  That’s why He expects us to use our faith to do and have anything we want or desire.  Mark 11:23 says that we need to have God’s faith or God’s kind of faith.  Many translations say, “Have faith in God,” but, the proper translation is “Have God’s faith.”  The secret is to make God’s faith ours.

Faith is a BIG DEAL with God.  Whatever you desire or want, know this:  You will have or not have it based upon YOUR faith or lack thereof.  Let me illustrate what faith looks like by the following accounts from the Bible:

In Mark 5 there was a man named Jairus.  He had a daughter who was sick and he came to Jesus and asked Him to come and LAY HANDS on his daughter so she could get well.  By the time Jesus got Jairus’ home his daughter had already died.  However, Jesus took her by the hand and she rose.  Notice that everything happened ACCORDING TO THE FATHER’S FAITH.  He believed that if Jesus came and laid his hand on his daughter she would recover, and it happened exactly as he believed!

While Jesus was on His way to Jairus’ house a woman that had been hemorrhaging for 12 years came and touched the fringe of Jesus’ robe and she was made well.  The interesting part is that as she was coming she thought or said to herself, “If I could only touch the fringe of His robe I WILL BE MADE WELL.”  Again, she was healed EXACTLY according to her faith.  When SHE TOUCH Jesus’ robe, the hemorrhaging stopped!

In Luke 7 we see yet another example of faith.  A Roman Centurion who had a servant who was sick heard about Jesus and sent for Him.  However, before Jesus could get to his home he sent servants to intercept him.  They brought a message to Jesus to not come to the Centurion’s home because he felt that he was unworthy.  He said, JUST SAY THE WORD and my servant will be made well.  Guess what?  It happened just as the Centurion believed.  His servant was made well by the command of Jesus.

My point in all of this is simple.  All these healing’s and many other situations in the Bible were based upon the faith of the person in need.  Each person heard about Jesus.  They heard about how everyone around Him was healed and they believed what they heard.  Faith was birthed in their hearts by hearing about Jesus, Word of God.  They saw a picture in their heart about how their healing would take place and it happened EXACTLY that way.

What do you believe?  What is the picture you see when it comes to the fulfillment of your desires?  What you see it vital.  The common thread with all three of the above examples is that each person, by faith, saw in their hearts what they expected to happen.  The result of what they saw in their imagination was their faith.  Here is the sequence of events that brought about their miracle:

There you have it.  An actual formula for overcoming any obstacle or obtaining anything you want or desire in your life, based on God’s promises.  God wants you to have the desires of your heart and He has provided a way for you to obtain them, and that way is the way of faith.

Faith comes by hearing God’s Word over and over.  As you hear, the Spirit goes to work in your imagination where you paint a picture of what you want to happen.  You actually see the result in your heart before it shows up in the physical realm.   It’s like an architect that draws the plan and produces renderings of a building before it is built.  As a matter of fact, the building CAN’T show up without the envisioned plan in the mind of an architect, placed on a blue print and built by skilled craftsmen into a physical reality.

You are the architect.  As you create an inward picture of what you desire, Heaven dispatches angels, skilled craftsmen, to go to work and arrange for your desires to be manifest.  This is all based on what you picture in your heart.  It’s altogether according to YOUR faith!