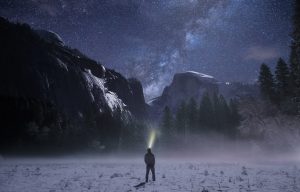 Faith, to many, is an elusive thing.  Many people think they have faith, but their faith doesn’t produce results.  Their faith is not supernatural, its’ natural.  Therefore, they throw in the towel and end up with the belief that:

The Bible doesn’t work for THEM

God is angry with them and doesn’t recognize THEIR faith

What they are believing God for must not be His will

First off, faith in not a mental thing.  Many people say they have faith, but it’s something very superficial and is more mental (or natural) than anything else.  Genuine faith is the faith of God that was put in every believer at new birth.  This faith comes from the heart; it’s a deep- seated conviction that one already has what they hope for.  Heart-faith sees what is hoped for as already being in their possession.  Faith is all the evidence they need to prove what they hope for is already theirs.  Faith says, “it’s mine NOW” even before it literally shows up.  Biblical faith is supernatural.

True faith has the characteristic of steadfastness.  Faith is not moved by our five senses.  Faith perseveres through what is seen, heard, or felt until what is unseen is realized.

Take for example a disease.  Let’s say someone have been given a death sentence by a doctor.  He says they only have so long to live.  A person of faith would say, “No!  I do not receive that report.  Rather I will decree what the Bible says, I am healed by the stripes of Jesus!  He removes all sickness from me!  I will live and not die!  No plague will come near my home!  I will live a long life and enjoy God’s salvation.”  Declaration for a person of faith is the beginning.  Next, they stand their ground.  Though the “symptoms” may persist, a person of faith is not moved from the Word of God.  Satan will come to try their faith, but to no avail.  The person of faith will continue to confess what God’s Word has said.  The more they stand firm and keep confessing the good confession, they become fully persuaded that they will live and not die.  The result will be according to their faith.  They confound the doctors and their family members and people around them are led to Christ!

Faith and steadfastness are companions in our Christian walk.  Because of the lack of steadfastness, many Christians have given up just short of their miracle.  The devil likes to come and try to wear us out.  He likes to test our faith to see if he can get us to succumb to the situation that we are facing.  He wants to discover at what point will we quit!  One of my favorite verses is Hebrews 10:35 which says, “So don’t throw away your confidence, which has great reward.  For you need steadfastness, so that after you have done God’s will, you may receive what was promised.”  The word steadfastness can be translated as endurance, perseverance, or patience.  However, the point is that we stand on God’s Word.  We don’t throw away our confidence in it!  We will not waver or doubt, but stand and keep on standing…until!

I have experienced many “miracles” in my life and have seen others do the same.  Healing is real!  Financial breakthroughs are real!  How?  By faith!  But a faith that perseveres and is steadfast against all odds.  Faith doesn’t give up.  Why?  Because faith HAS SEEN the end-result!  Faith has been where you are going to be very soon.  Your faith determines the manifestation of your miracle.

People of faith are unreasonable!  They live by a vision of what they have seen by faith.  They pictured themselves whole.  They have already seen themselves prosperous and victorious.  While others succumb to the doctor’s report and the credit collectors, faith-filled people see things different.  They see a vision of themselves being healed and debt-free.  They feed upon the Word of God and let is take possession of their mind and eventually heart.

The naysayers will come and tell the person of faith to be “realistic” and point out the “facts.”  Why?  Because they can’t see what faith-people see.  They don’t have spiritual eyes that can penetrate the portals of Heaven to see what is coming.  When faith is present the facts don’t count!

Now to the person who practices the faith-walk:  Don’t ever give up.  Soak in God’s Word and stay strong and unmovable based on what God says.  Do not loose heart or surrender.  Why?  Because the steadfast will be saved, rescued, and realize what their faith has already seen.

My advice is to surround yourself with like-minded people.  Read books that speak of the victories you are seeking.  Listen to worship music, pray in the spirit, and above all meditate on the Word of God both written and spoken.  You will have what you believe:

Jesus replied to them, “Have faith in God.  I assure you, if anyone says to this mountain, ‘Be lifted up and thrown into the sea.’ And does not doubt in his heart, but believes that what he says will happen, it will be done for him.  Therefore, I tell you, all things you pray and ask for believing you HAVE RECEIVED THEM, you will have them.” (Mark 11:22-24) Folks, these are not my words, but the words of Jesus Himself.  Meditate on and memorize these words until you believe them; until you are convinced that these words are truth.  These verses are enough to change your life forever…and I hope they do.  Amen!

Israel spent 40 years in the wilderness to develop faith in God’s Word.  They came from a place of bondage.  They were in bondage to their own strength, abilities, fears, doubts, and anxieties.  They were dependent on their five senses.  God had to train them to live by every word that comes from His mouth.  It doesn’t have to take us 40 years!  It doesn’t have to take 40 seconds!  It all depends on how steadfast you are to develop your faith and release it to see Heavens realities invade Earth’s limitations.

Are you facing any struggles?  Go to God’s Word and find out what God has to say about your situation.  I know one family that grabbed hold of this Word: “He healed them all.”  They confessed that they were one of the “all’s.”  As they confessed, they believed and their faith developed until the brother was healed of his sickness.   Their marriage was healed.  Their entire life was changed by this simple TRUTH from the Bible:  “He [Jesus] healed them all!”

Don’t let faith elude you!  What God has done for one person, He WILL do your you!  He is no respecter persons.  However, He only responds to faith.  Nothing can stop a person of faith.  Anyone can develop rock solid faith.  Get into God’s Word and watch faith come and come and come until you are a fully persuaded person who sees the impossible become your reality.